Ostrava is launching a programme that will grant a special label to restaurants and other services that meet the criteria of a “Family Friendly” place. The online map will give you an overview of places that provide extra comfort for families with children, or you can check a list by Trip Advisor. Moreover, there is also a list of events for families by OSTRAVAINFO!!!

The Zoological garden of Ostrava has seen enormous development in recent years. With an area of 100 hectares, it is the second-largest ZOO in the Czech Republic. About four thousand animals from four hundred species can be found in the natural environment of the park. The biggest attractions include elephants, hippos and chimpanzees in the House of Evolution as well as the African hoofed mammals in the Safari. Visitors’ eyes are often attracted to the Flamingos that have been successfully kept there for generations.

Lovers of flora will appreciate several botanical pathways. Especially in spring, they can admire the largest number of blooming rhododendrons in the Czech Republic. The ZOO has also an educational centre and several small restaurants. Feeding animals with the zookeeper’s commentaries or night tours can be experienced as well. Small kids enjoy playing in a running water playground near the entrance. Online tickets.

With a surface of 14,000 m2, you can visit four different Centres with permanent exhibition halls and one Centre which is designed for temporary exhibitions. The Centres include the Children’s World, World of Science and Discoveries, World of Civilization and World of Nature. The World of Nature is the largest in size – it takes up one floor and an outdoor garden. It also houses a 3D cinema and the Theatre of Science. Learning and discovering by means of games and entertainment, without boring textbooks full of numbers, and based on first-hand experience is what all the centres have in common. Visitors investigate how the human body works, take the time machine to travel back to prehistoric times – the era of mammoths, learn what a rainbow or a storm is and much more.

The unique network of Dinoparks presents to visitors the mysterious world of dinosaurs in their real forms and introduces visitors to the environment of the Mesozoic era. DinoPark offers magnificent moving and static models of the ancient rulers of our planet in living sizes, children’s attractions, DinoKlub, friends Fina Dina and Dinu Minu and much more. The motto of DinoPark is to bring joy, knowledge, entertainment and unforgettable experiences to small and big fans of DinoPark. More than a million visitors come to DinoParks each year.

The observatory has offered many space experiences for visitors since 1980. Visitors can take part in shows and audio-visual performances in the planetarium hall, watch movies or listen to lectures in the cinema hall or explore the interactive exposition in Experimentarium. The observatory is equipped with an astronomical telescope which can be used to observe both the day and night sky during favourable weather conditions. A gallery is also a part of the observatory.

Ostrava has several cinemas ranging from modern comfortable Dolby Sound System cinemas with a number of films to choose from in large shopping centres to smaller “club cinemas” for a limited number of cinema-goers. Some films are dubbed into Czech, others are in English with Czech subtitles.

Situated in the very City Centre the Stodolní Street Area is a famous centre of nightlife and music clubs. The area houses businesses during the day and in the evenings it attracts people who simply want to hang and chill after a long day, dance and listen to music. There are quite a number of visitors from abroad who come to enjoy fun and music. Ostrava has even established a special railway station at the edge of it to make the area even more accessible, although the tram stop can also bring you straight to the place. The bars and restaurants have creative names and there is quite a choice of street food and good restaurants at this location.

Originally at the beginning of the 1990s the area used to be a devastated area where almost nobody was living and houses had not been reconstructed for decades. The very first club that opened there was the “Bastilla Club” (still in operation and not to be missed when you visit), and more bars cropped up quickly; houses were reconstructed and music clubs started to open. Within a few years almost a miracle happened: the once empty area started to flourish with entertainment and busy life. Now you will find good food, music and entertainment covering several blocks. For the better comfort of the visitors the Stodolni  Area is a pedestrian zone on weekends. 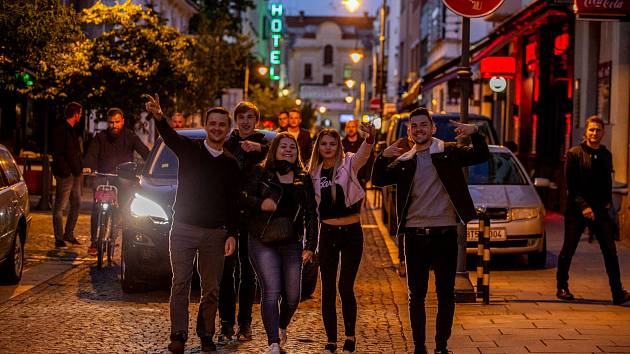 Plan your trips using an online list of interesting points in the whole Moravian-Silesian Region. For detailed touristic (hiking) maps, use mapy.cz and plan your trip as an expert. More information about nature and landscape, water and fishing, fruit picking and gamekeeping can be found on the website of the Regional Government.

This Silesian Ostrava Castle used to guard the confluence of two rivers. Its thick stone walls remained to modern times and their function has changed. The Castle has become a centre of entertainment, open-air concerts, festivals, theatre shows, fairs and the like. There are several smaller museums inside and the new events attract lots of people. it is accessible on foot from the City Centre, by car or by public transport. As the Silesian Ostrava Castle is just across the river from the city centre and placed in a green setting it is a nice place for an outing and immediate relaxation.

Adjacent to the Ostrava centre is a popular area of clubs and restaurants facing the Ostravice River embankment. One can access it just next to Miloš Sýkora Bridge. It is widely visited and used for leisure and strolling as the river can be walked along (or biked along) and the whole place has a slow relaxing and informal atmosphere. Canoes can be borrowed in Summer and people often go biking along the river as far as Frýdek Místek and back.

The Central City Park in the heart of Ostrava is one of the largest city parks in the Czech Republic. It has an area of about 30 hectares and has about 3,000 trees. The park is the urban centre for cycling, cross-country skiing, in-line skating and walking. Children and parents can use the outdoor and indoor children’s corners.

The park is located close to the House of Culture between Varenská and 28. října Street. A part of the park is on the site of the former city cemetery. The cubist crematorium of high architectural value was taken down in the 1970s to give way to a large green space for rest and leisure. There are several valuable works of art by modern authors in the park and old beautiful shady trees.

There are not many natural hills in Ostrava. The story goes that the local residents had to build them themselves. One example is 315 m.a.s.l. high Ema slag heap in “Silesian Ostrava”, which is made up of tons of tailings covered with birches. It is the only Heritage Listed dump in the Ostrava-Karviná district. Due to the beautiful view, the top of the heap is visited very frequently.

It is not without interest that the heap is still burning inside. Smoke clouds containing mainly methane and sulfur dioxide rise here and there from it and the internal temperature reaches more than 1000 °C. The heap climb is allowed at one’s own risk. One can reach the summit along a natural trail that leads from the Silesian Ostrava Castle, Miloš Sýkora Bridge or the ZOO. Local people love the climb and appreciate the view.

Very close to Poruba there is a Family park offering a number of leisure activities. In winter there is a ski slope with night lighting and skating. In summer there are a number of activities for individuals and families. There is in operation bus line nr.91 (Poruba,Vřesinská – Vřesina,Skalka).

Pustevny is a very attractive place for excursions in any weather. The settlement near the mystical mountain Radhošť can be reached by various means of transport: by cable car, by car, on foot; in winter on cross-country skis and in summer by bike. Pustevny is the most popular tourist centre in the Beskydy Mountains and the statue of the Slavic pagan god Radegast that you can find on the way to Radhošť is the most famous symbol of the whole region.

Lysá hora is situated near the villages of Ostravice, Krásná, Staré Hamry, and Malenovice. Lysá hora is sometimes called the Queen of Moravskoslezské Beskydy. On its peak there is a meteorological station, a TV transmitter, Mountain Rescue Service, SKI Mountain Hut, Šantán Buffet, Lysá hora Mountain Hut, and the Kameňák Hostel.

The lakes are very attractive for walking around, swimming, fishing, windsurfing and Wim Hof breathing and cold activities. They can be reached by car, on bike or by public transport.

Other Interesting Places and Outings

In the small town of Rožnov pod Radhoštěm there is a charming place. The rural life of the 19th century is documented through old furnished wooden houses mapping the folk traditions and an agricultural year in the village. There are two parts of the museum: the Small Town and the Village. A part of the Museum is also a restaurant with local food and special fairs and festivals are held during most of the year.

There are a number of other places to go for a trip and they are located in all directions around Ostrava. Be it mansions and castles, such as the Raduň Chateau, Hradec nad Moravicí Castle, the Kravaře Park or Zámek Petrovice u Karviné rebuilt as a spa centre, or golf resorts, such as Golf Resort Čeladná and Golf Resort Šilheřovice, to name just a few.

There are a “string” of castles guarding the once very important historical business “Salt and Amber Routes”, including Hukvaldy Castle, Šostýn, Štramberk (also called a Valachian Bethlehem), Starý Jičín and Helfštýn. Some of them are only ruins nowadays, but almost all of them are frequently visited because they have nice surroundings and during summer the places host various music and arts festivals. The castles are only a few kilometres apart: – the defenders were supposed to be able to send visible signals to each other. The small city of Štramberk has a cave that was once inhabited by Mammoth hunters and in the surrounding forests there are coral reefs from the times of the prehistoric sea. There is a lookout tower in Štramberk and also nearby at Bílá hora (White Mountain) which can be found along the walking path in the direction towards Kopřivnice.

Kopřivnice is not more than 45 kilometres from Ostrava and it offers a unique museum of vintage cars that were produced in the region. The Tatra car brand is well-known for its successful participation in the Sahara Desert Dakar Rally.

Natural spas in the region are very popular and attract lots of guests from all over the world. Using natural mineral hot springs and modern physiotherapy help many recover their health. There is Darkov Spa, Klimkovice Spa and Čeladná Spa, to name just a few. 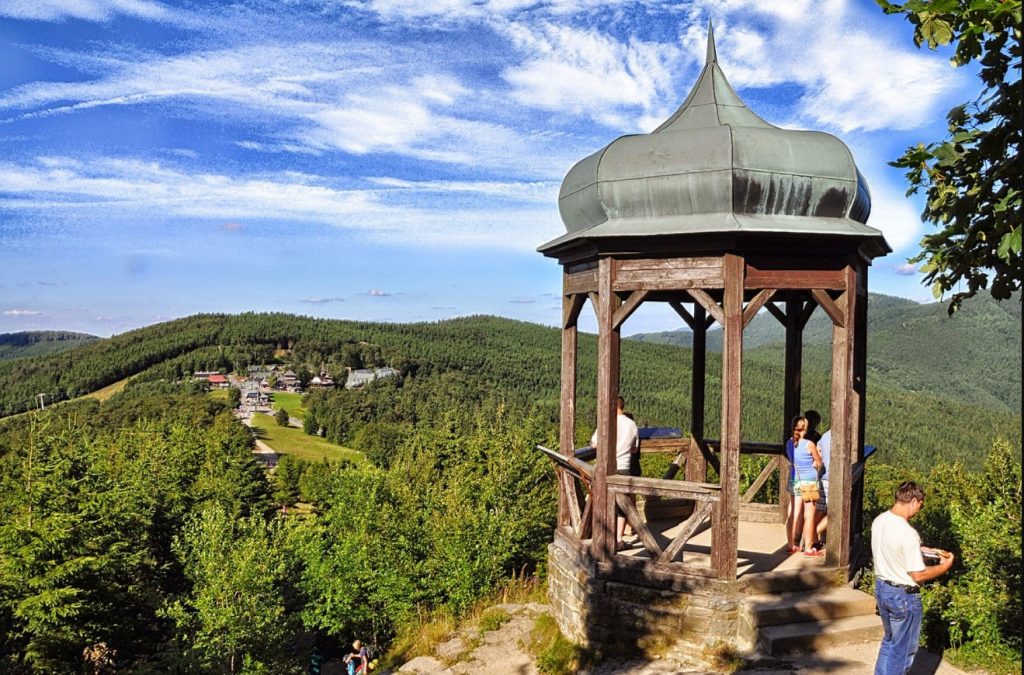